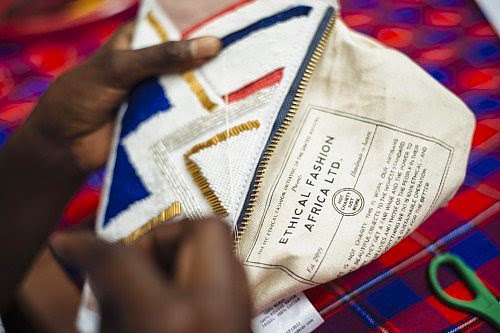 Photo from the Ethical Fashion Initiative

I’ve been meaning to write this post about ‘ethical fashion’ for more than a year, but it has felt impossible to begin. Ethical fashion is elusive – it has been talked about so frequently over the past two decades and yet it seems that very little has actually been said. It is now more than twenty years since the global protests were held against Nike for their use of sweatshop labour and two years since the tragic collapse of Rana Plaza in Bangladesh. Although calls for more ethical practices by clothing manufacturers are getting louder, it is difficult to figure out what exactly has improved in this time.

Opinions are deeply divided. While Nike has been widely celebrated amongst the business community for ‘solv[ing] its sweatshop problem’, campaigners from Oxfam Australia claim that Nike continues to make its clothing in ‘places that most people would describe as sweatshops’. Clothing giant H&M has launched its own sustainable clothing range which led to the company being placed on the 2014 World’s Most Ethical Companies list. Yet its efforts have been panned for showing ‘disappointingly few concrete results that show progress towards a living wage’. Even well-known ethical Australian clothing retailer Cue –who has been described as 100% ethical, was recently found to have poor trace-ability, monitoring and payment of living wages to the people involved in the processing of raw materials and textiles used in their clothes. 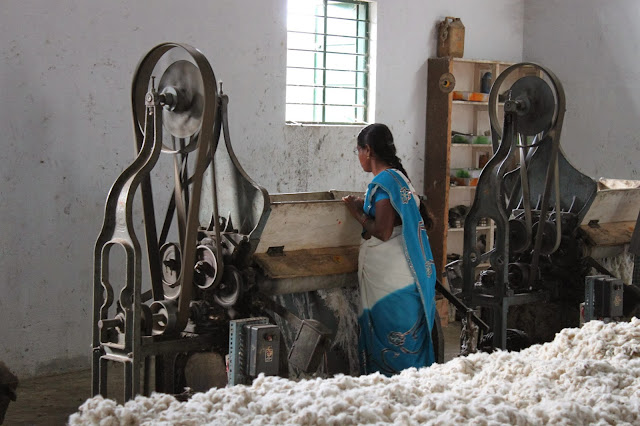 While it is easy to use taglines like ethical fashion, eco-fashion and sustainable fashion, it seems there is a real danger that such labels are more reductive than helpful. What does ethical really mean when it comes to our clothes?

Unfortunately, the answer is not particularly straightforward. Let’s start with the ecological aspect. We have previously talked about the environmental ramifications of using natural fabrics such as cotton. Cotton, even organic cotton, consumes a massive amount of water in its cultivation. In addition, since cotton is a cash crop, natural forests are sometimes being converted for cotton cultivation, resulting in the loss of natural habitats.  Even the use of natural dyes is not free from criticism. It has been pointed out that not only are natural dyes ‘far less effective than their synthetic counterparts’, natural dyes also require the use of mordents which may ‘be more harmful than the synthetic dyes themselves’.

When it comes to the human aspect, the picture becomes even more muddled. The spotlight on sweatshops has pushed clothing companies to bring the manufacturing of their clothes onshore. Oxfam Australia suggests that in order to ensure that the clothes you are buying are ‘sweat shop free’, consumers should buy clothing which ‘carries the carries the Ethical Clothing Australia (ECA) label’ applied to garments manufactured in Australia by people who receive regulated wage rates and conditions. Yet, bringing clothing manufacturing back onshore has come with a plethora of its own challenges. The higher costs associated manufacturing clothes in Australia has been identified as contributing to the potential insolvency currently faced by Australian designers such as Josh Goot. Of course, bringing manufacturing onshore also doesn’t help to resolve issues related to lack of oversight in the processing of raw materials and textiles that are than used to make clothes. It also doesn't help the millions of overseas garments workers, living in countries like Bangladesh, who have come to rely on the manufacturing industry for their livelihoods.

While achievements are undoubtedly being made to improve the ethics behind the production of clothes, after more than twenty years of campaigning it seems puzzling that the gains being made are so few and far between. Yet, the hurdles faced in the clothing industry cannot be divorced from the ever elusive question of what does ethical really mean when it comes to our clothes? Ultimately, determining what makes the task of producing clothes is not as easy as it seems and it is important not to paint a reductive portrait of what is good and bad.

To explore some of the associated challenges, we are initiating a blog series that documents the experiences, successes and also set-backs faced by a number of small clothing brands attempting to make a change.
Posted by Unknown at 13:30