When purchasing wax print fabric here in Dakar it can be hard to really know where the fabric you find in the big markets comes from and who was responsible for its design and its production. Often the fabric sellers won’t be too sure themselves, and some prefer to feign ignorance when the wax they sell is foreign, out of worry their customers won’t pay a decent price if they know the fabric is made in India or China. Adding to this, most people I’ve spoken to here just don’t know where the wax they wear comes from - in the same way that I couldn’t tell you where my Cue shirt was produced, or where the cotton used to make it was grown and manufactured.

Whilst I can’t tell you where the cotton for every wax print I bought came from, I want to share with you what I’ve learnt since being here in Senegal about the different wax prints that are available and particularly those that are used in Madame Tây garments. Most of this information I learnt from talking informally with a few Senegalese textile industry professionals who import textiles into Senegal. For a country whose second main export is cotton, there is an incredible amount of importation of textiles – mainly from Asian countries. This is due to the lack of processing plants in Senegal to turn the cotton they grow into thread or fabric. When I’ve asked any of the Senegalese designers or tailors I’ve met here why such processing factories don’t exist, they have all thrown up their hands in exasperation and been unable to answer!

When you purchase a Madame Tây piece from Senegal, please don’t hesitate to ask us for more information about the fabric – we’ll be happy to share with you what we know!

Read more after the jump 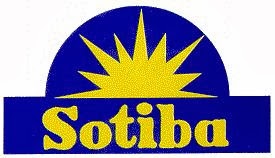 Created in 1951 in Senegal, SOTIBA-SIMPAFRIC was one of the leading manufacturers of African textiles and produced over 30 million metres of fabric each year. The closure of SOTIBA’s factory in Dakar follows the overwhelming presence of counterfeit wax print – often of Chinese or Indian origin, which, due to its low price has overtaken the wax print industry in West Africa over the past ten years. Since SOTIBA’s closure, no other Senegalese-based companies have emerged meaning there is a huge gap in the market for locally produced wax-print textiles which remain ever popular. Considering that cotton is Senegal’s second largest export, after groundnuts, it is a real shame there hasn’t been a correlation between this readily available crop and the consumer-fuelled desire for wax print fabric.

In 2013, SODEFITEX, la Société de Développement et des Fibres Textiles or Textile Fibres Development Corporation of Senegal has estimated the production of cotton this year will be upwards of 35,000 tons (imagine how many reels of beautiful wax print you could make with 35,000 tons of cotton!). 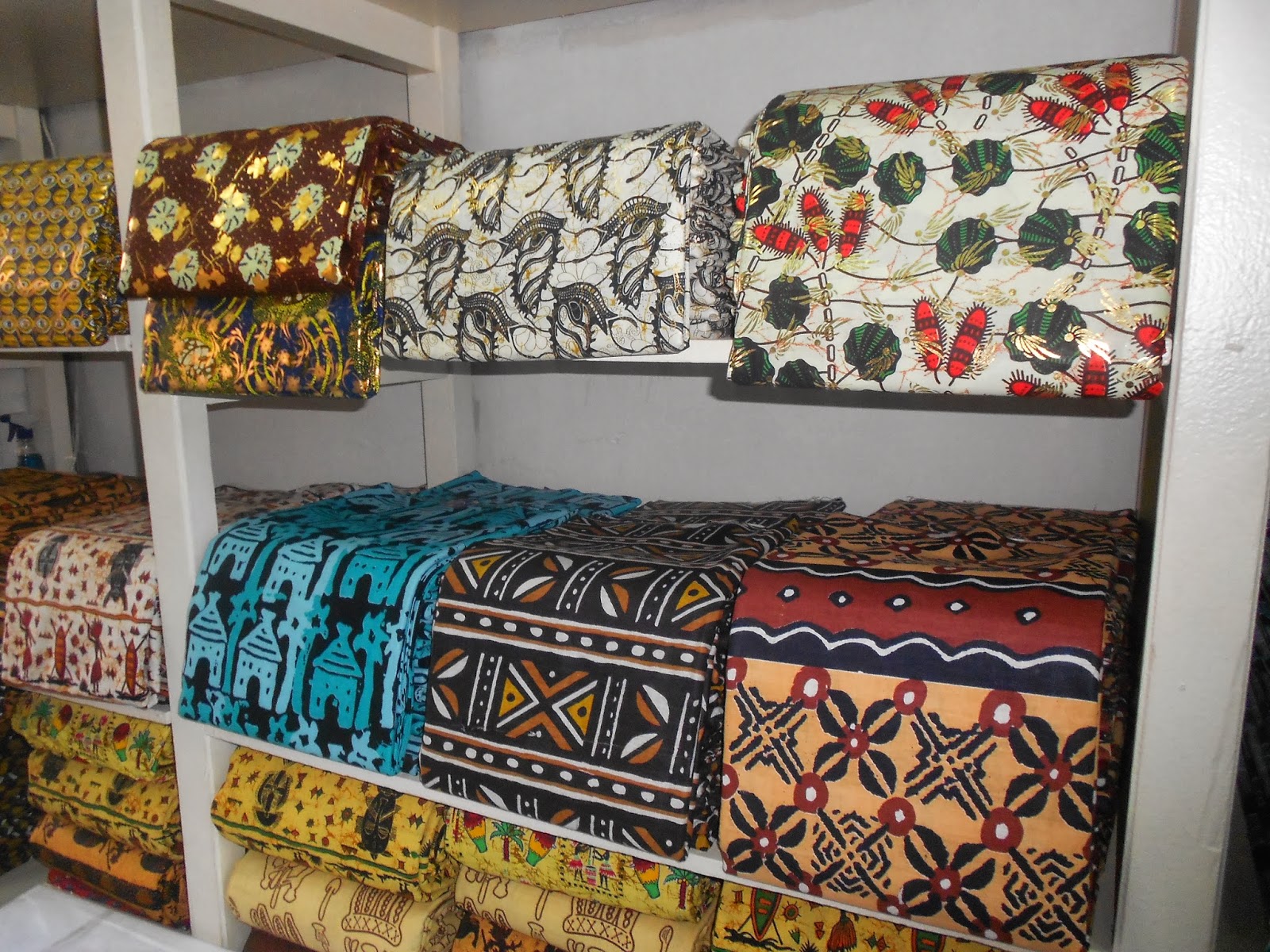 Despite SOTIBA being closed for a few years now, you can still find bolts of their fabric in stores and markets all over Senegal. Their wax print is very stylistic, and typically features ‘african’ scenes with plenty of djembes, African warriors and mud huts – needless to say, SOTIBA’s target market were not Senegalese, but the foreign tourists that stream into Senegal each year, namely to visit the country’s beautiful beaches and historical sites.

Uniwax was established in 1968 by a deal with the Ivorian government and Unilever PLC of the UK and Gamma Holding of Holland with the aim of locally producing wax print designed to satisfy local demand in Cote d’Ivoire. By 1970, Dutch company Vlisco came on-board to provide technical assistance and the brand was officially launched shortly after. Uniwax is now part of Vlisco Group (and therefore Dutch-owned) which also includes GTP and Woodin in Ghana. 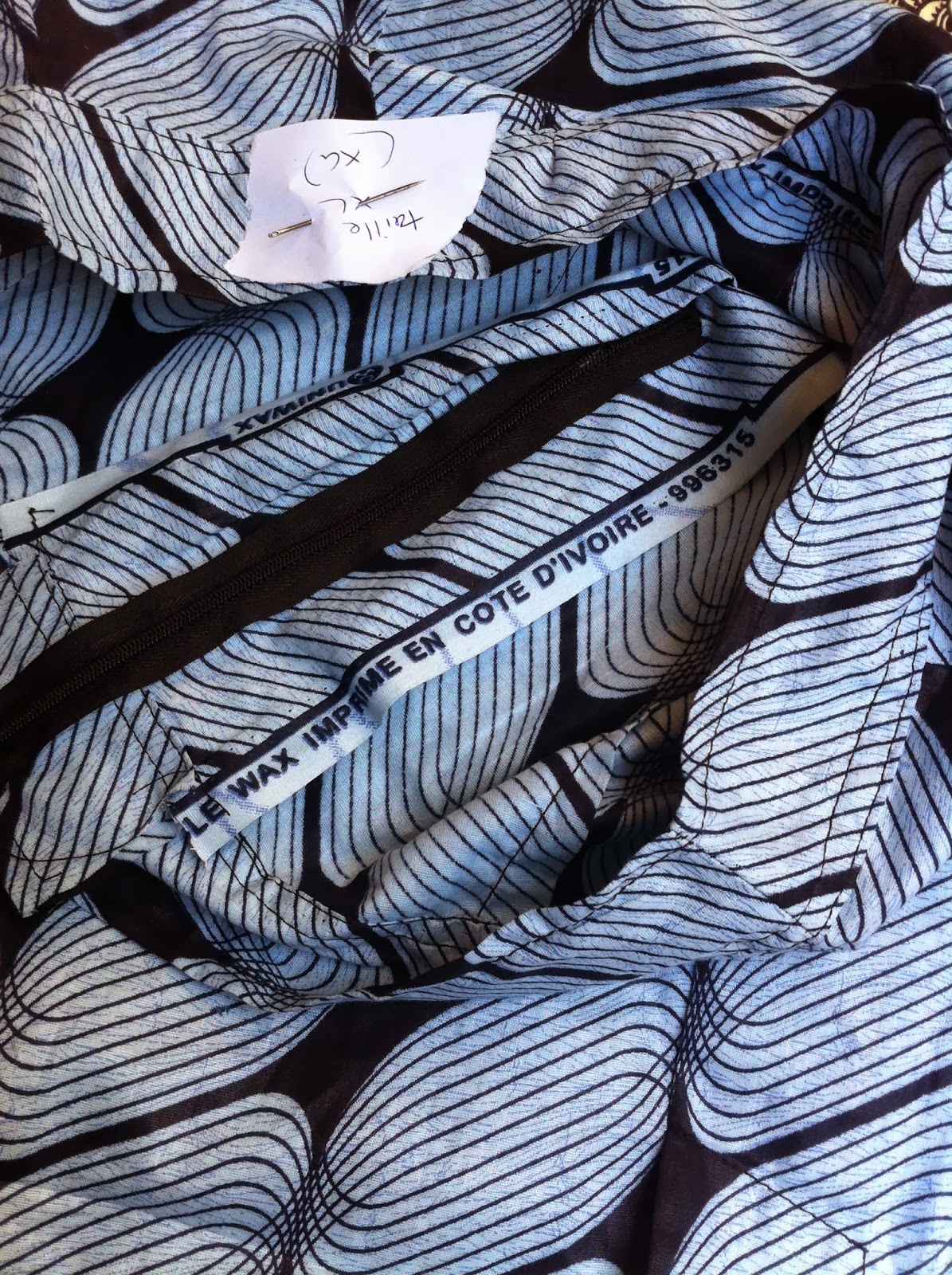 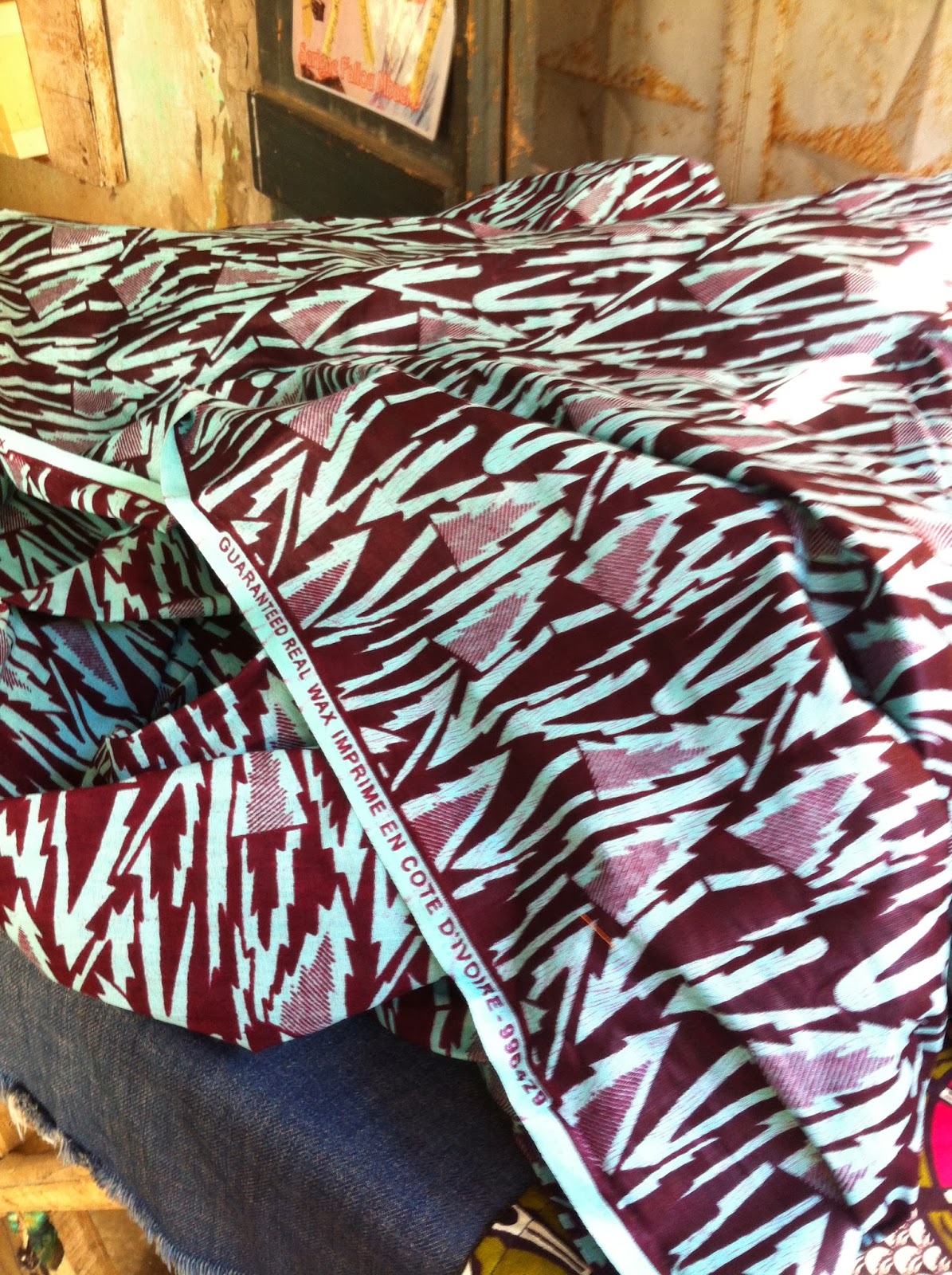 In the early 2000s, Uniwax suffered financial loss due to the unstable political climate of Cote d’Ivoire, coupled with the growing problem of fraud and counterfeiting wax print. Since then, they have focused on working closely with the Ivorian government to prevent importation of counterfeit fabric, as well as implementing creative and innovative strategies to fight against fraud. Currently Uniwax is the only company that manufactures and sells ‘real’ Ivorian wax, and is known and appreciated for their quality. Uniwax is also known for its unique range of monochrome wax which, unlike the wax block prints, undergoes no additional treatment after the application of its colour dye base – making really beautiful, tonal patterns.

Formerly known as Ghana Textile Printing Company, GTP was established in 1966 in cooperation between the State of Ghana, Unilever PLC of the UK and Gamma Holding of Holland. With changing governments in Ghana, including a few military regimes, the management structure of GTP changed significantly in the 1980s and 1990s, but remained based in Ghana. In 2000, GTP were producing 16 million yards of wax print annually. Similarly to other wax print manfacturers in the region, the company struggled to compete with foreign imports of cheaper wax and thus by 2006, their production was down to 7.5 million yards annually. This prompted the company to implement measures to fight against fraud and piracy which has resulted in an increase in production with GTP producing between 18 – 20 million yards annually since 2008. 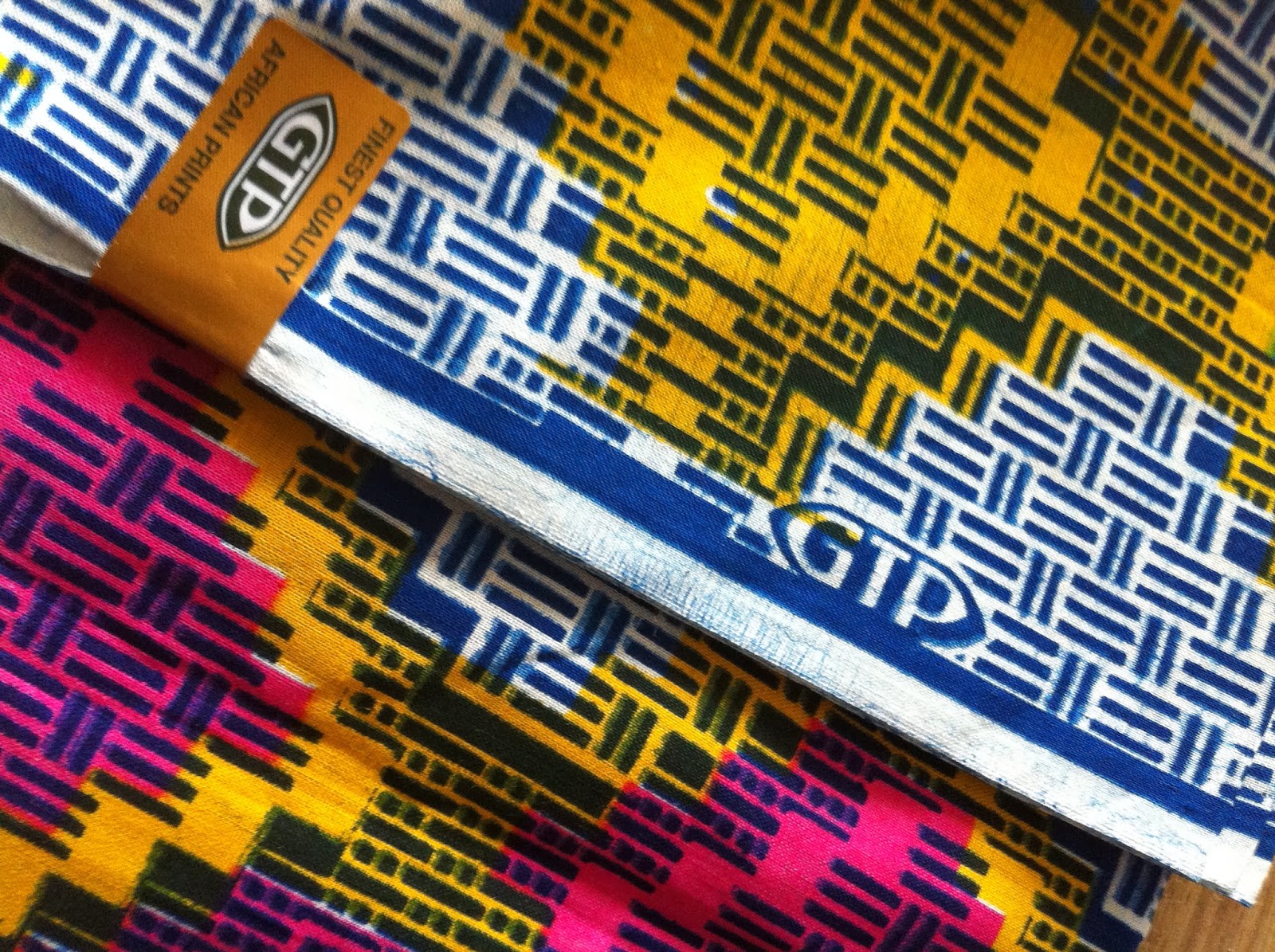 GTP, as part of the Vlisco Group, was acquired by UK-based ACtis in 2010 and is now run under the name Texstyles Ghana Ltd (TSG) which manufactures the products and Premium African Textiles Ltd (PAT) which designs, distributes, sells and markets the products. With its factory based in Tema, just outside Ghana’s capital Accra, GTP remains one of the only wax prints manufactured in West Africa. 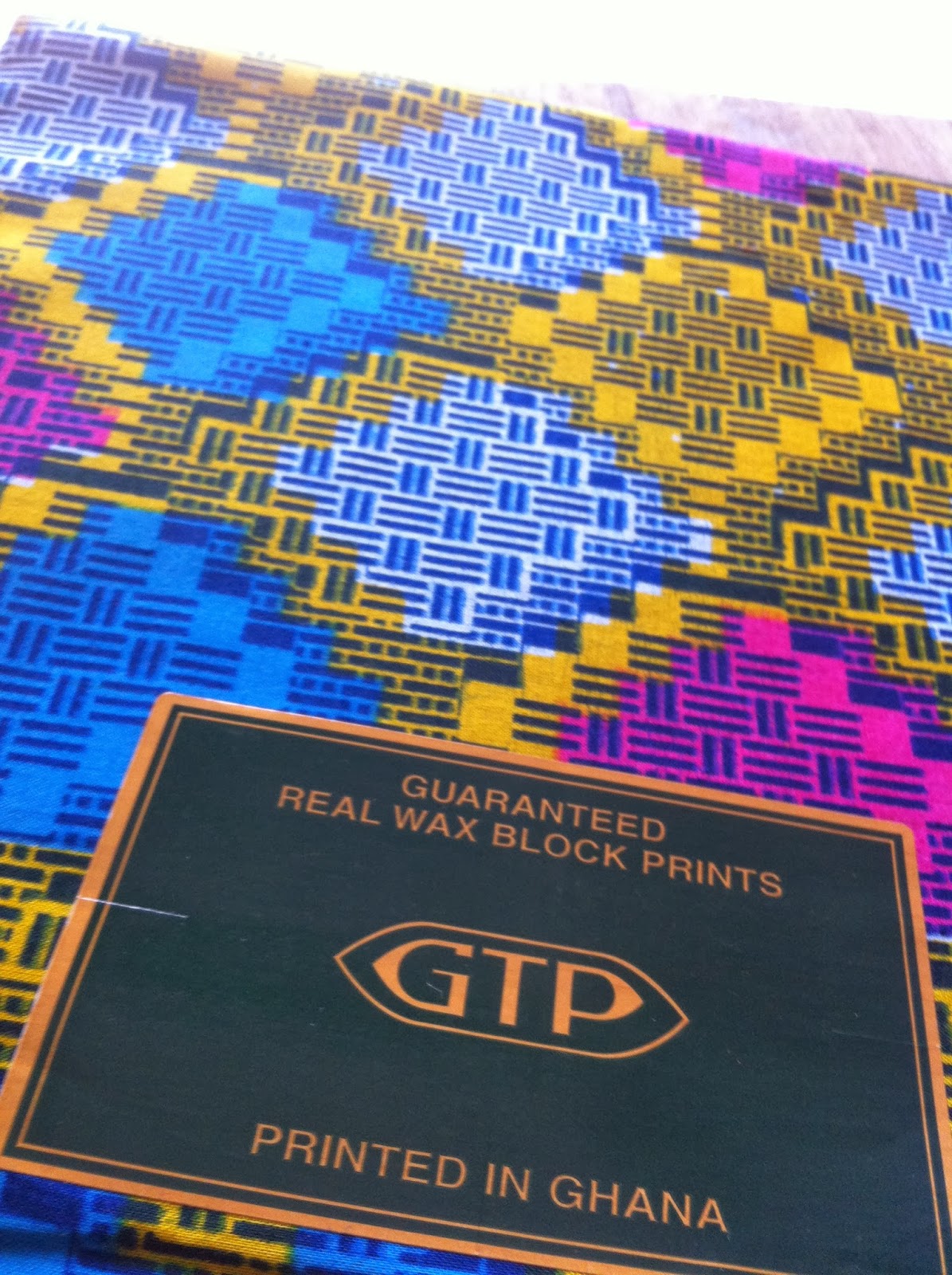 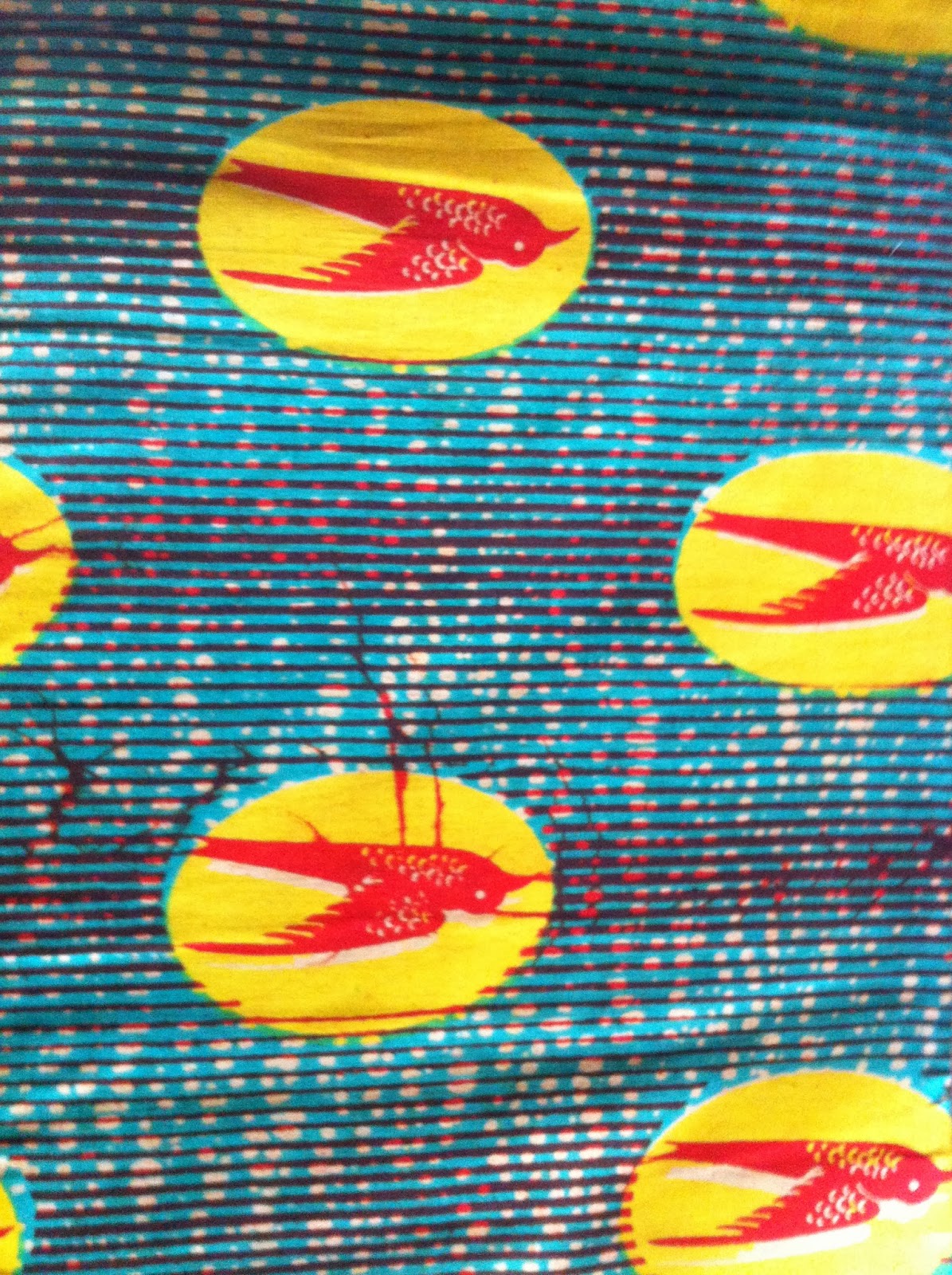 We were really happy to be able to include a few garments made from GTP fabrics in Madame Tây’s first production lot. Look out for Hirondelle and this great yellow, blue and pink diamond print GTP fabrics in limited-edition pieces. 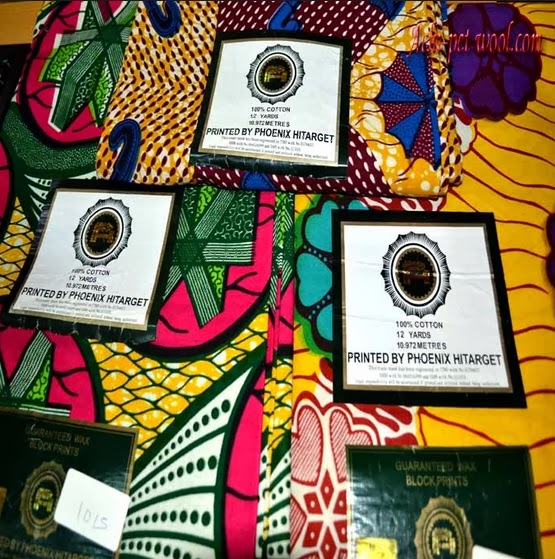 Hitarget is a Chinese-owned and based industrial textile company. They are known for reproducing popular wax print motifs and patterns, often copying well known designs from Dutch wax producers Vlisco. A lack of textile IP regulations means that this form of copyright breach is hard to control and therefore you can find Hitarget fabrics at almost any market in West Africa. At Marche Sandaga I was surprised to see ‘High Target’ – an imitation of imitation!

From a factory in Guangdong province in South Eastern China, Hitarget produces a range of textile products and runs a complete industrial chain – from cotton spinning, to cotton fabrication, dying and printing, Hitarget runs the whole gamut. This in part is why its wax print retails for two or three times less than other brands of wax print, including African produced brands like GTP or Uniwax.

What's interesting about Hitarget is the economic and social dilemmas the brand’s growing presence in West Africa presents. In a country like Senegal where wax is seen as every day wear, the consumers who tend to purchase wax aren’t interested in investment pieces like Vlisco, instead they tend to prefer brands like Hitarget because of it's affordability. As such, Hitarget makes wax print much more accessible to West African consumers, many of whom couldn’t afford the high prices of Dutch wax. In countries such as Senegal, where wax is given less social value, consumers often don’t have a middle-ground choice as it is difficult to source the more reasonably priced African-made brands such as GTP.

Does that make it OK that cheaper Asian-imported wax is threatening the existence of African-produced wax print manufacturers? I’m not sure, and in my experience it depends who you ask – but it sure is an interesting subject. Let us know what you think in the comments section.

For an in-depth look at the history of wax print in Africa, and a really interesting discussion about the worth of wax in different West African countries and how counterfeit fabrics affect this, I'd recommend reading this article by Jumoke Warritay on African Lookbook: http://africanlookbook.com/blogs/african-lookbook-1/7740111-borrowed-ideas-wax-print
Posted by Cara Mo at 21:15